Well, I haven't done a post in a long while, but I'm going to get back into it now. Well, my last post from early last year was about how I'd started offering cheap photography services at events, well that took off! I'm doing it part-time now as a freelancer on top of my studies. My favourite thing to do is wedding videos though. I'll do a second post on that later. This is my website. I designed it myself and am really happy with it for now. Check out some of my older photos, I have lots of new ones too and I'll keep this updated. This will still be a personal blog but I'll include a lot of my work on it from now on. I also went to India again late last year so expect some travel posts as well.

Hope everyone had a great Christmas and a great start to the new year! 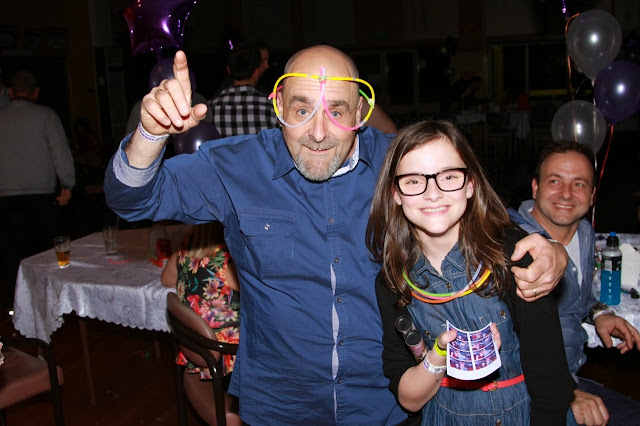 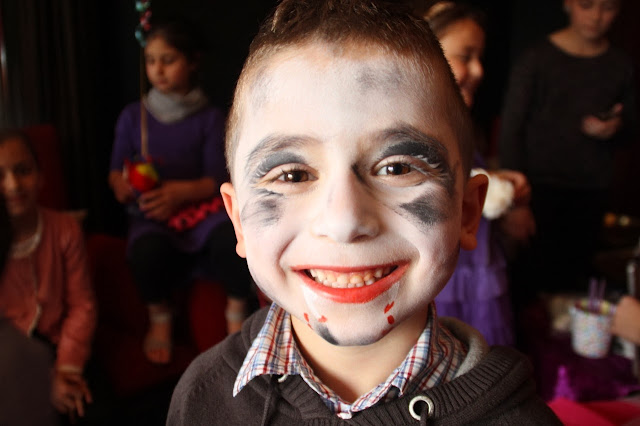 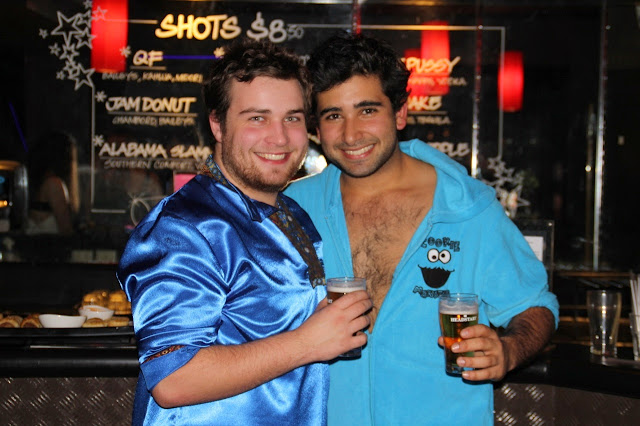 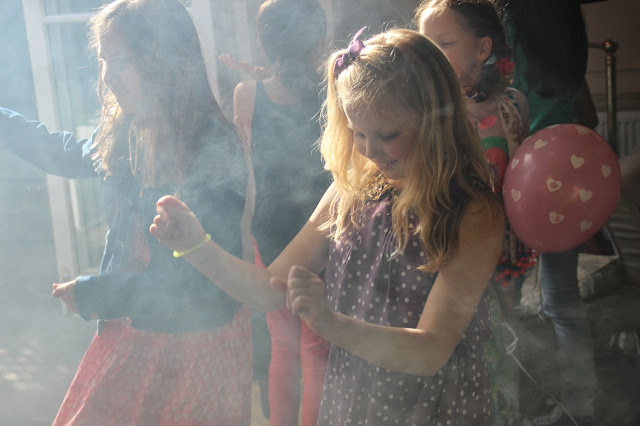 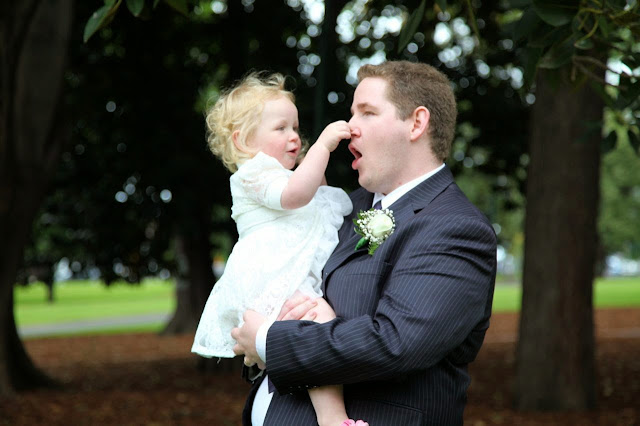 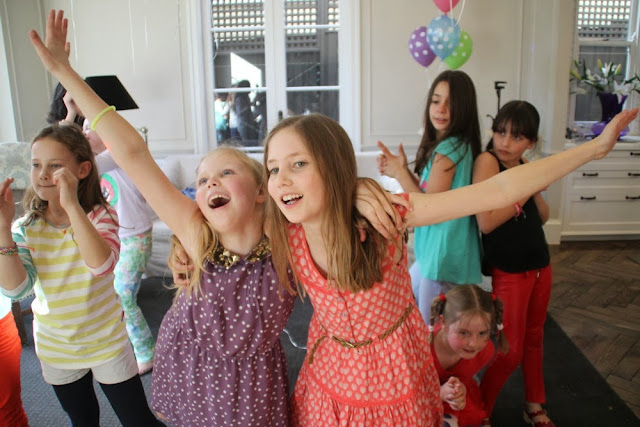 Posted by mardijane at 7:03 PM No comments:

I've left my blog for a long time because I've been extremely busy lately. With university, a new and strange job, glandular fever and The Mindy Project, I have barely had any spare time. But I'm going to try and make time to keep my blog going.

I've recently started offering cheap photography and videography for events. I've done a couple so far and have another on tonight, so it's been going well.

Here are a few shots: 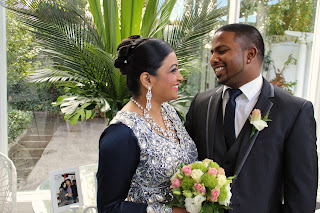 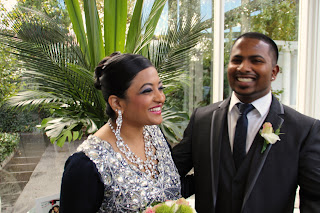 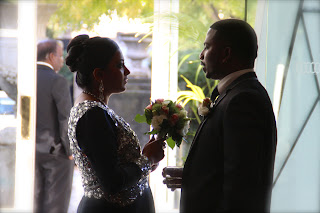 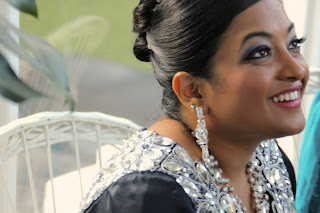 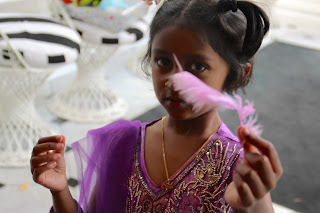 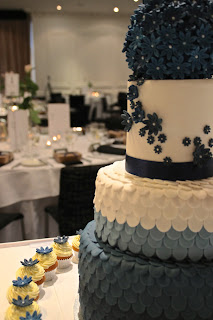 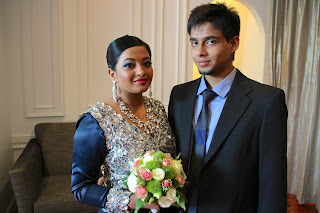 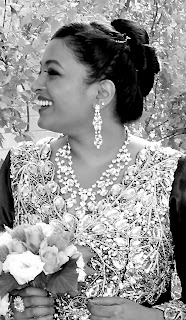 I've also done the videography for a wedding which turned out really well and I am just burning DVDs for the bride and groom now.

I'm really enjoying it. Editing the movies is a tedious job but at least I'm getting paid to do something creative and something that I enjoy.

If there's anything that I think I'm good at in life, it's seeing beauty in things. With a little practice and a little luck you can capture that beauty with a camera and that's why I love photography. Particularly events photography, so many happy, funny and loving moments to share.
Posted by mardijane at 9:02 PM 1 comment:
Labels: engagement, events, Melbourne, Photography, wedding

Adam Hills, Joan Rivers and Adele walk into a bar...

I particularly love these two comments. more for the underlying principles than the hilarious assertions than his ass-kicking jokes.
1) "Adele is one of the few women in pop music that I want my daughter to look up to."
Yes. Thank you. I am so glad that a celebrity made this comment about celebrities and made it personal. Media stars are praised less for their talent and more for how they look at the Oscars, what sort of a message does this send not only to children, but people of all ages, races and sizes?
A great majority of the women that we see on the screen have thin, "perfect" bodies but the very concept that these bodies are perfect serves up everything that is wrong with he fame industry on a bright and shiny platter. The reality is that very few women look like those few who are constantly flaunted by the media. When someone like Joan Rivers calls Adele fat she also calls me fat, and every other women with a body similar to or larger than Adele's. What does this do to the self esteem of literally millions of women?
When we think of actresses we think of Cate Blanchett, Mila Kunis, Drew Barrymoore, Scarlett Johanassen, Demi Moore, Angelina Jolie, Jennifer Lawrence, Halle Berry.
ALL THIN!
When I think of popular female musicians we think of Miley Cyrus, Ke$ha, Delta Goodrem, Rihanna, Adele, Madonna, Taylor Swift.
ALL THIN, EXCEPT ADELE!
I'm not saying that the other women mentioned in these lists are lesser role models because they are thin and I don't think that they are all unhealthily skinny. I do think that the ratio of 'tall and thin' to 'every other body shape' is a complete reversal to that of the real world.
We see size six, eight and ten women plastered over buildings, websites, magazines and the screen; and all of a sudden beauty has a size. According to the media, people who don't fit into that narrow size gap aren't beautiful and this absolutely affects men as well. It isn't true though, and women such as Adele, or men such as Jonah Hill, remind the public that beauty and talent come in all shapes and sizes.
Let's not take the very few celebrities with common body types and pick on them for being fat, please, Joan Rivers. Let's not even praise realistically shaped stars for being a normal size. Let's just acknowledge that the people that we see in magazines are beautiful regardless of their size, just like we should with people that we see in the street.
2) "When you spent more money on your own face than the producers of Life of Pi spent on that tiger."
Awesome, another astute observation about self confidence that not only applies to the lives of celebrities but average lives as well.
Spending ridiculous amounts of money on make-up, gym memberships, meal replacement shakes, cosmetic surgery and alternative beauty treatments is a sign of low self esteem, even if the person splurging on such things is a celebrity and even if they are already naturally beautiful in the eyes of others. The very fact that they do those things tells us that they have low self confidence. Joan Rivers jokes about Adele's weight, but she isn't even comfortable ageing naturally. I don't think Adele will give Rivers' comments a second thought; because if we stand Adele and Joan Rivers next to each other it will be easy to see which of the two has higher self esteem. And this is the reason that Adele is a wonderful role model for young women. 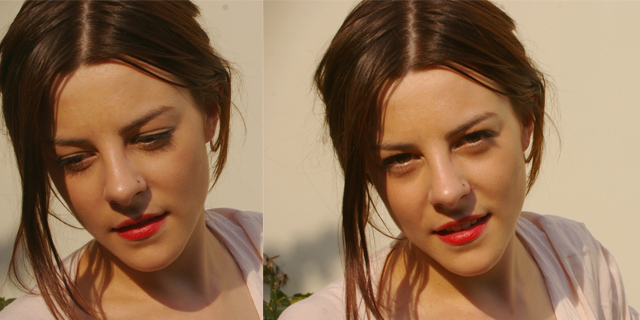 In my spare time I like to play with my camera. I love taking photos, particularly candid shots. Hopefully this year I'll get back into it a bit more. I just got a new job (only a trial) and if it goes well I'll treat myself to a new camera. But for now I'm using an old (it still uses AA batteries) Pentax DSLR that takes ok photos. Here are some shots of my stunning friend Shannon Komorr. 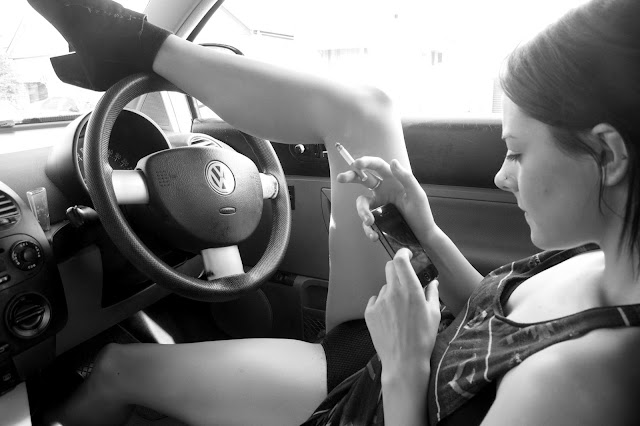 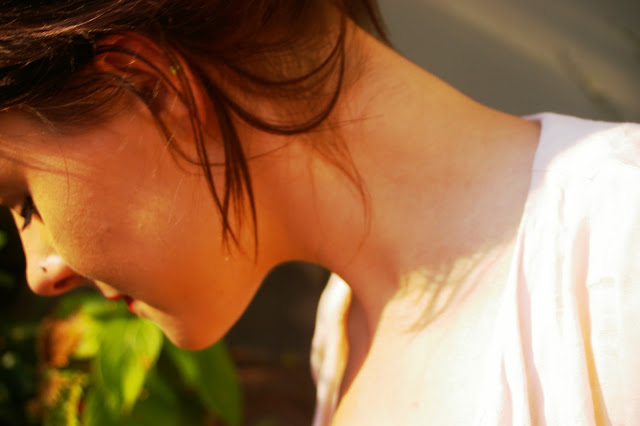 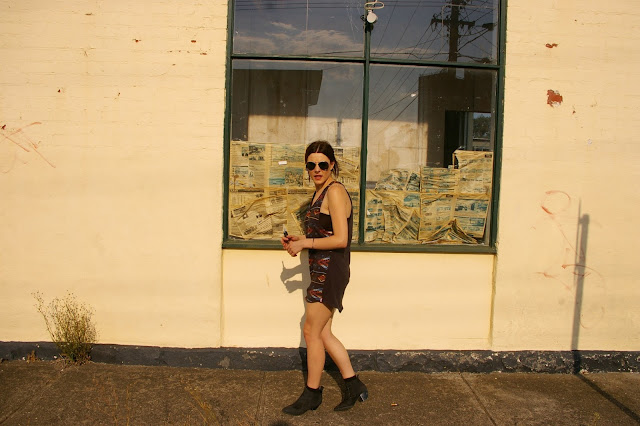 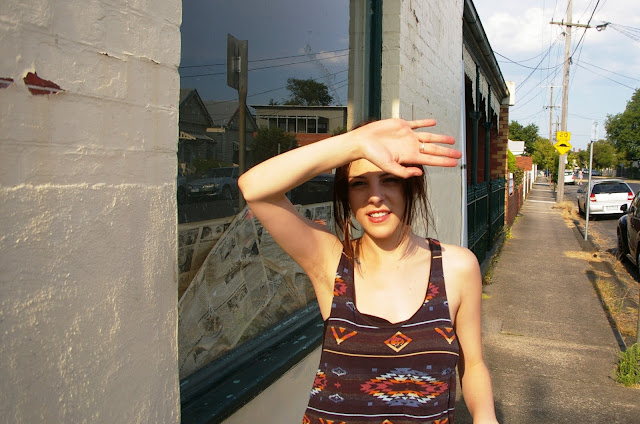 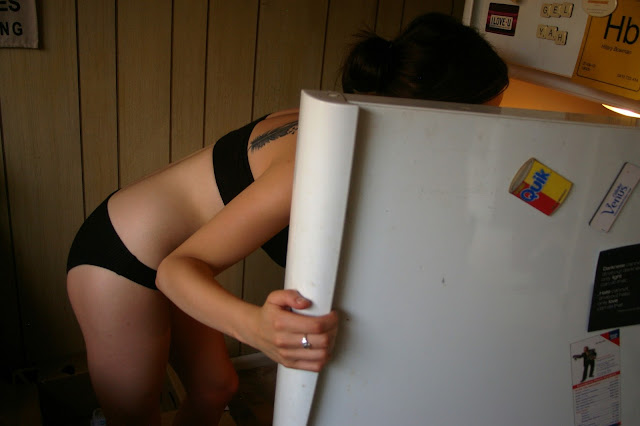 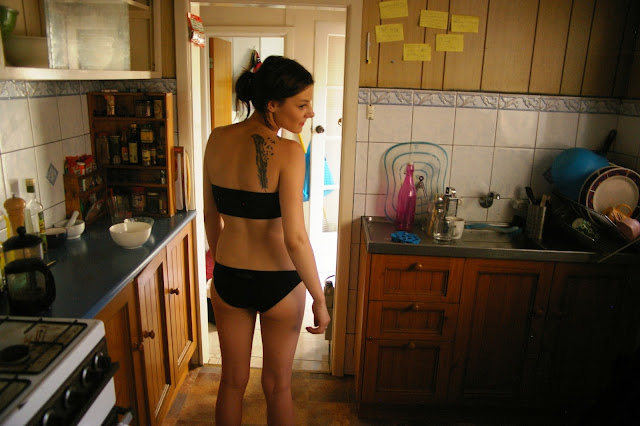 I live in Melbourne again! Today is the first day that I'm back in this wonderful city and I've already found some great bargains which I spotted on the way to the supermarket earlier. 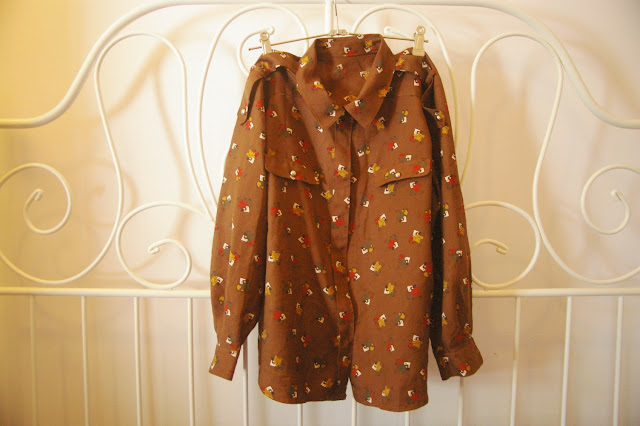 This shirt has great details. The buttons are awesome, as is the cut and the print. I love it! And for only $12 at a recycled fashion store in Yarraville. 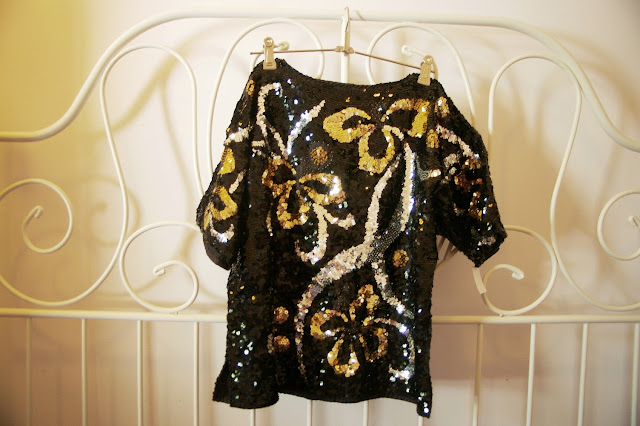 This awesome vintage sequin top was $7. It fits perfectly and looks great on. I mostly just love that I'm buying second hand things that looks great and create less waste.


This is why I love Melbourne, great things to be discovered on every block.
Posted by mardijane at 8:00 AM 2 comments:
Labels: buys, clothes, Fashion, finds, op shopping, op shops, vintage
Older Posts Home
Subscribe to: Posts (Atom)